Wondering how to configure Tugboat for a typical site hosted on Pantheon? While these instructions are for a Drupal 8 site, the concepts should apply for any PHP site hosted by Pantheon. Check out the Drupal 7 and WordPress tutorials for comparisons.

These instructions assume you have already configured an external git repository provider such as GitHub, GitLab, or BitBucket. Pantheon has documentation on how to use GitHub.

Tugboat will need to use Pantheon’s terminus tool to import a copy of the database and files into a Tugboat Preview.

Create a Pantheon User for Tugboat

By creating a Pantheon account solely for Tugboat’s use, that user’s access can be restricted to the Pantheon project connected to Tugboat. This user’s machine token can then be safely shared with Tugboat. 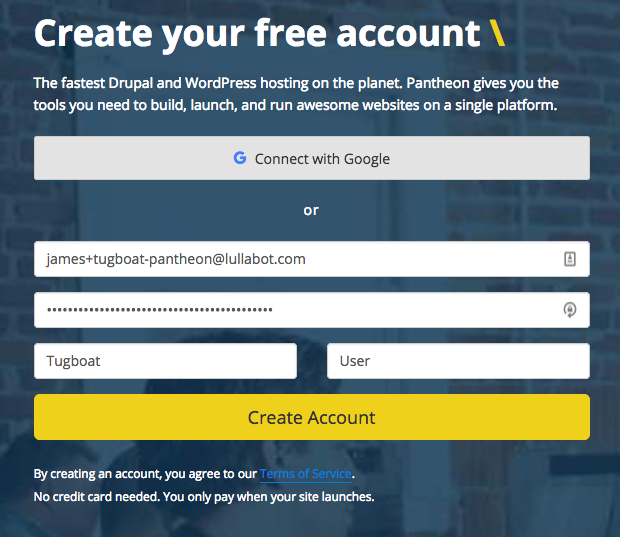 Many email clients allow you to generate aliases, or allow you to dynamically have an alias. For example, on gmail, if your email address is dorothy@gmail.com, you could use the + symbol followed by a unique string to create an alias for this tugboat user, e.g. dorothy+tugboat-pantheon@gmail.com.

Now that we have a new user that Tugboat can use, we will need to generate a machine token for this account on Pantheon. While logged in as this new user, go to Machine Tokens, which is under your account settings. You can name this token whatever you’d like, such as Terminus on Tugboat: 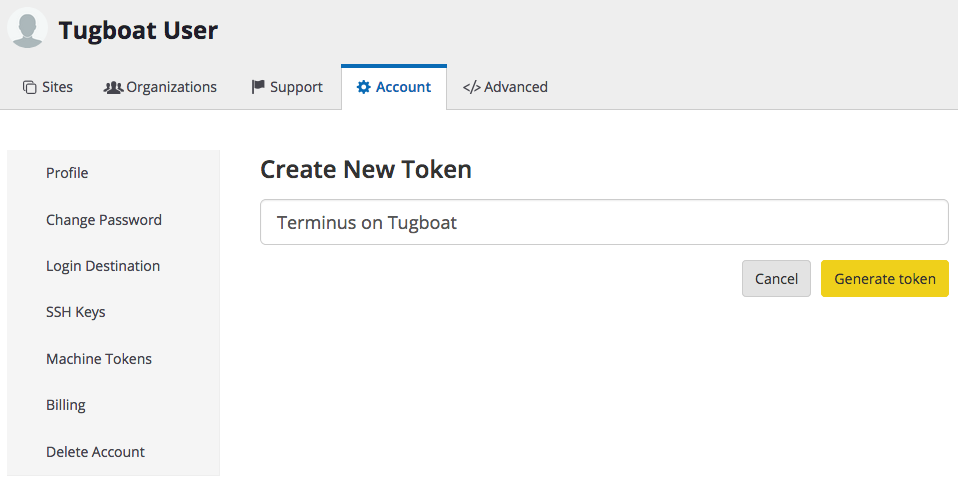 Once you’ve picked a name, click Generate Token. You will then be presented with a screen that displays your machine token. Store this token in a secure place, such as a password manager or OS keychain. 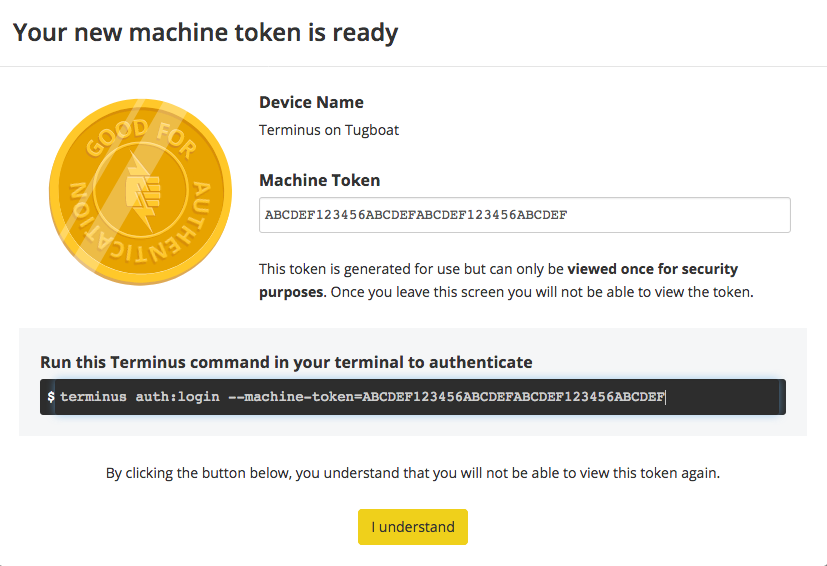 Add your new Pantheon user to your Pantheon project

Now that you’ve generated a machine token for your new Pantheon user, you still need to add this user to your Pantheon project. To do this:

Store the machine token as a Tugboat environment variable

For the security of your Pantheon site, it’s important to use an environment variable to store the machine token, instead of committing it to your repository or storing it in some other fashion.

This pattern works very well with Tugboat. It lets you keep a tugboat-specific set of configurations in your repository where you can copy it into place with a configuration file command.

Add or uncomment the following at the end of settings.php

Add a file to the git repository at .tugboat/settings.local.php with the following content:

There are three parts to configuring Tugboat to work with Pantheon.

In order to replicate the Pantheon environment as closely as possible, we need to use the same version of PHP.

While in theory you could use the terminus site:info command to determine the PHP version, we’ve found that may not give you accurate results.

The Tugboat configuration file below makes use of some Tugboat custom environment variables. This is how we securely store the Pantheon machine token from above, so you don’t have to commit it to your git repository. We also define the Pantheon site and environment names here to make the config file more portable.

In the Tugboat Repository settings, create the following environment variables. In this example, we are using the “live” environment of a Pantheon site named “example”.

The main Tugboat configuration is managed by a YAML file at .tugboat/config.yml in the git repository. Here’s a Pantheon Drupal 9 configuration you can use as a starting point, with comments to explain what’s going on. Please also refer to the generic Drupal 9 starter config.

Want to know more about something mentioned in the comments of this config file? Check out these topics:

Once the Tugboat configuration file is committed to your git repository, you can start building previews!